Rogue Carver on the Loose in Italy

Part 8, Camaiore: Not Your Common or Garden Farmer’s Market

Most Tuscan towns can trace their history way back into the mists of time but when I read of one nearby that was established 2,204 years ago I immediately earmarked it for a visit.

Camaiore began life as a Roman settlement in the year 190 BC and has remained an important trading center ever since. During medieval times it served as a key stop along the Franciscan pilgrimage route to Rome, and today hosts a market that draws from across the region.

On crossing the first of two gates that mark the entrance to the old city my initial impression was that I had stumbled across a craft fair as eager young people busied themselves with various projects, but as I passed through the second gate I stumbled upon a scene that spoke more of a gardening show – or contest, for the large displays filled the square. These were however merely the first such examples –  the entire town formed a quilted patchwork of expertly assembled  rectangular themed exhibits showcasing the health and variety of locally grown produce. 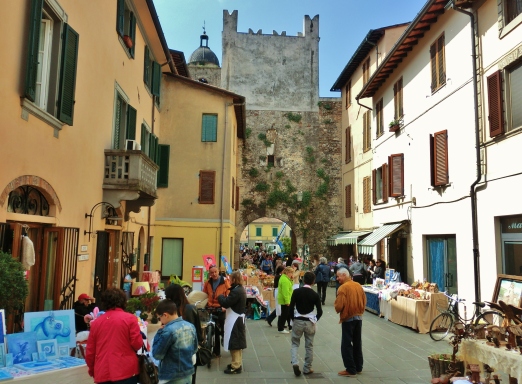 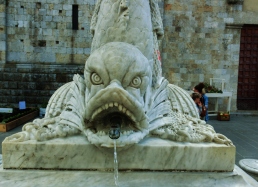 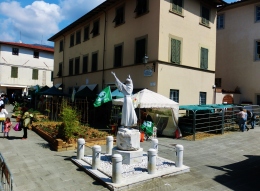 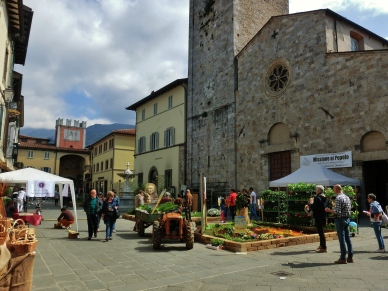 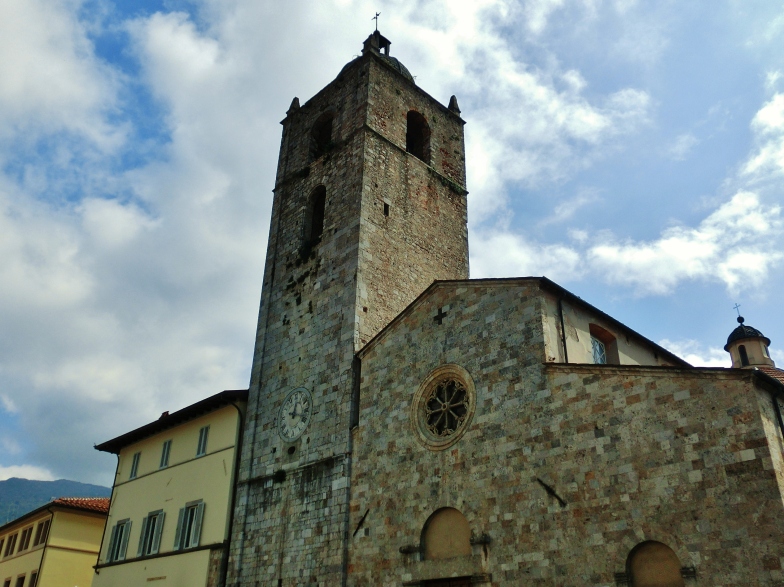 However it was the bells that grabbed my attention when they suddenly swung into action with a raucous rolling peel that  packed a punch that I could feel in my chest.

The whole town was alive with performers of one sort or another; basket weavers, jugglers, street musicians, etc. One of them, Paul, a ‘Geordie’ from Newcastle pictured below was working his way through an impressive repertoire of oldies to a small but appreciative crowd, and when we got to talking he told me his story: ‘Left home straight after leaving school, made it to Amsterdam, blew my brains out on drugs and never went back’. Thinking he was living the bohemian dream he immediately dispelled all such notions,’I’m bloody sick of it to be honest’. He went on to tell a tale of bad luck backed up with equally bad decisions, ‘I once signed a contract with a record company…sold ten thousands CDs and never saw a penny!” Our paths have crossed twice since.

The highlight of the day for me was provided by a small family of falconers who eagerly presented a procession of the most beautiful birds for close up inspection. Seldom if ever can I recall so close a proximity to such magnificent birds of prey. Not only did they seem healthy and well treated but the bond of trust and mutual respect was self-evident as one by one these wild creatures were gently coaxed from their perches and onto the arms of their handlers. On two occasion the owl spotted a potential meal, firstly on the ground – most likely in the form of mouse, or what appeared to be a mouse, and another up in the sky, and made an attempt to take off in pursuit, but its efforts were gently and effectively thwarted in a manner that caused no harm to the bird, and once the commotion had subsided the young boy persuaded it onto his arm and duly presented it to the growing crowd of awed spectators, the owl retaining a keen interest on the potential meal in the sky throughout the proceedings. 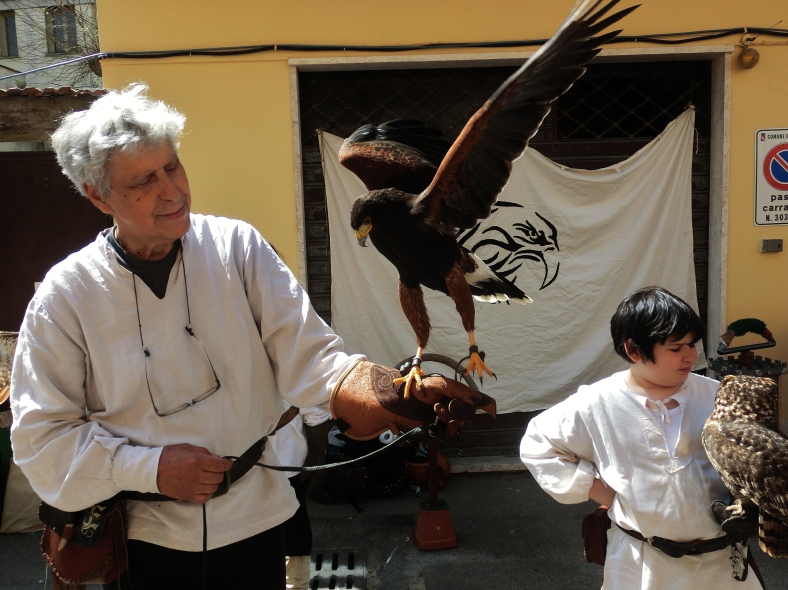 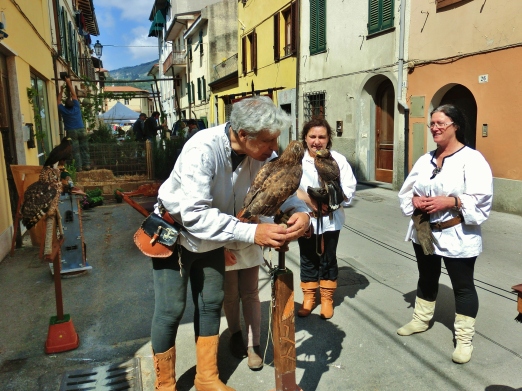 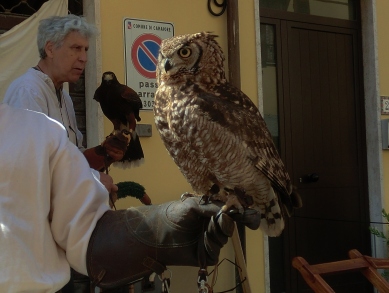 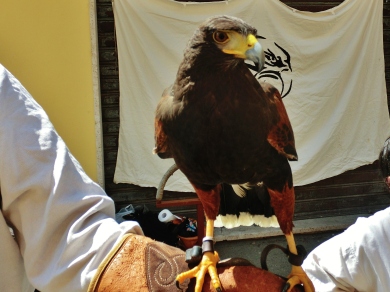 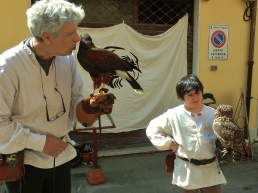 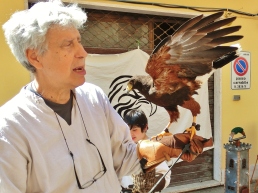 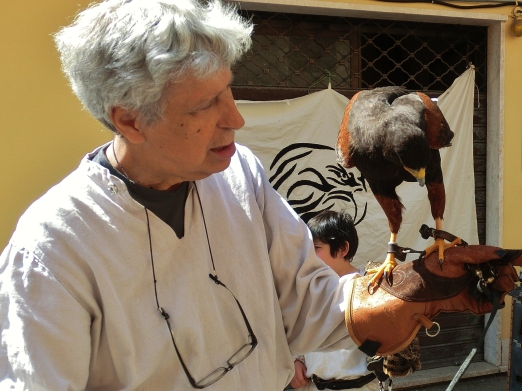 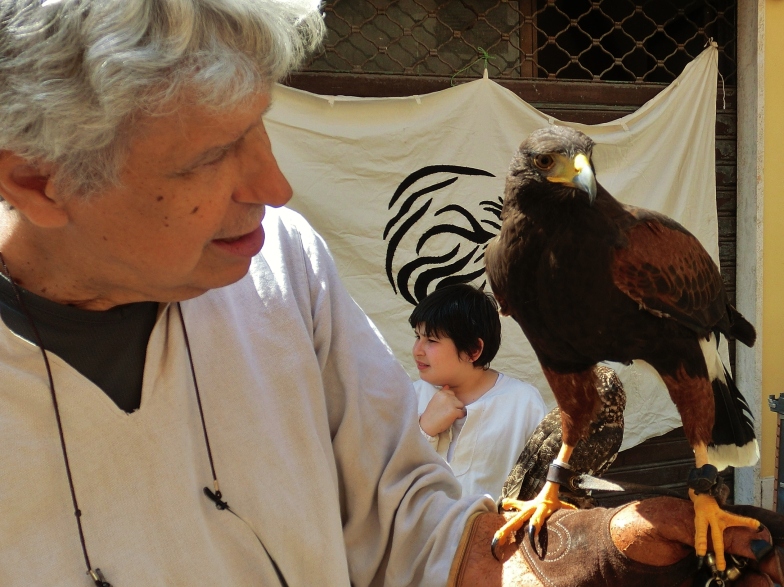 The H-shaped layout of the town was divided into various categories and the falconers marked the beginning of the animal section and soon I was staring goats, sheep, rabbits, cows… a veritable farmyard of beasts, right in the face. 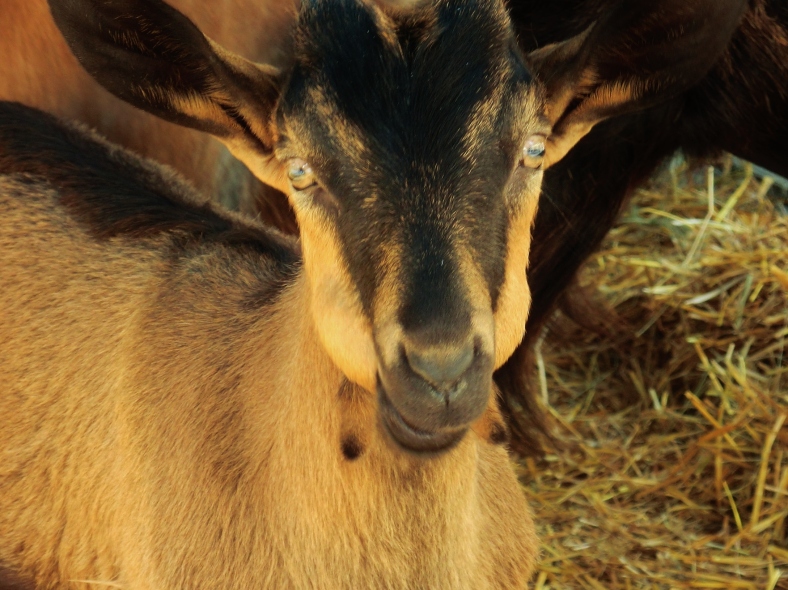 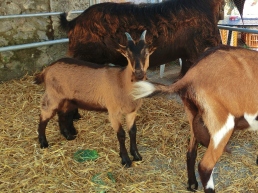 I was very happy to discover that the section containing food stalls boasted a good number selling bulk tea enabling me to stock up on various delicious blends and varieties of herbal and black teas. 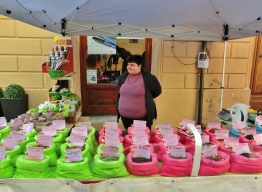 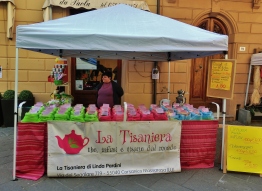 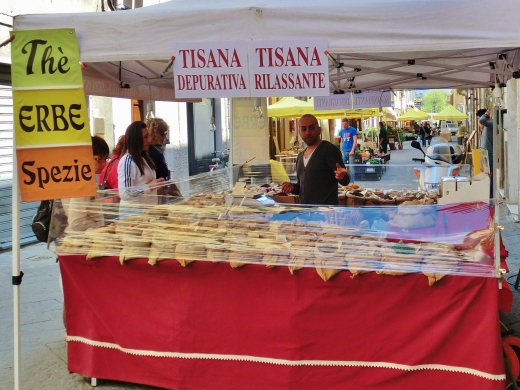 I must say that in an age when many families are living off processed food it does my heart good to see so many people staggering back to their homes and cars clutching bags full of the most beautiful fresh produce. And for a farmer’s market to completely bury the very town that hosts it – well, it’s just one more reason why Tuscany now holds such a special place in my heart.

Until next time then…

5 thoughts on “Camaiore: Not Your Common or Garden Farmers Market” 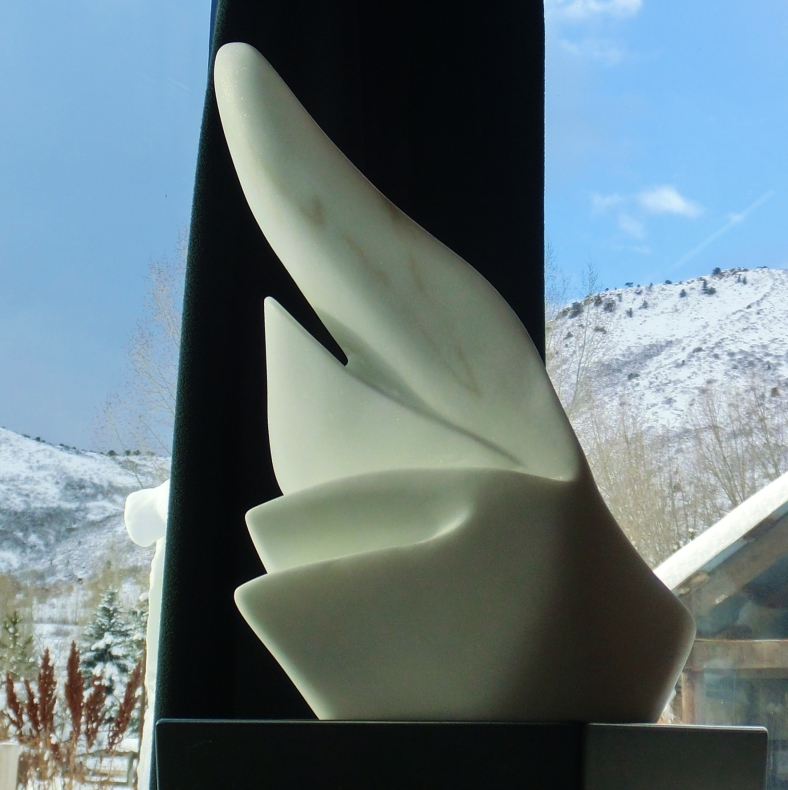 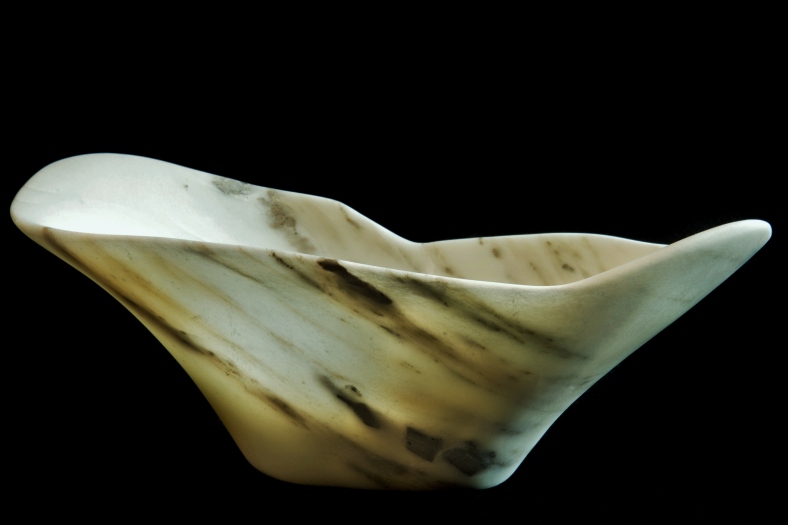